Home » 7 reasons you’ll love the mighty oyster in all its glory at the Hangout Oyster festival in Gulf Shores, AL 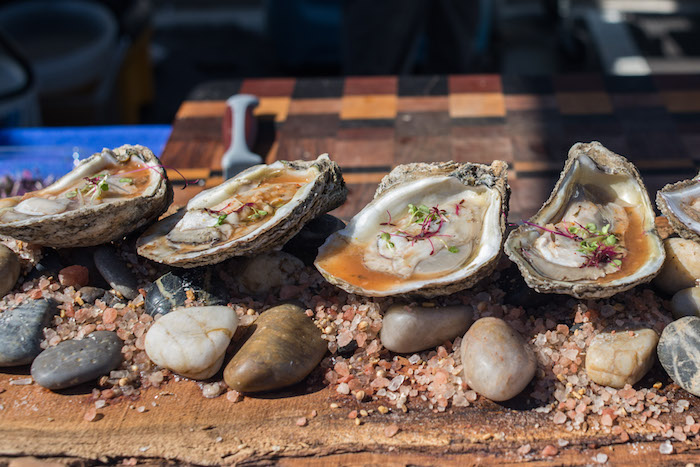 Many food festivals are overrated, overpromising and underdelivering, but not this one of a kind Alabama oyster festival in Gulf Shores.

1. The Hangout Oyster festival is at a terrific time of year to visit Gulf Shores, AL. 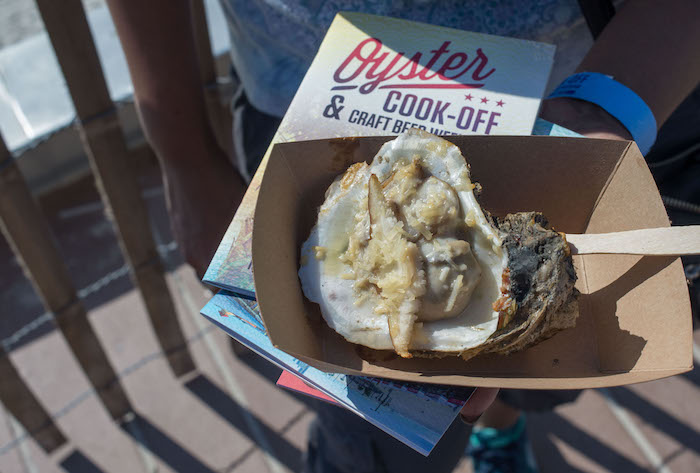 Early November means the heat and humidity has subsided and you won’t be a big ball of sweat within a couple minutes of walking into this lovely oyster festival. We walked around all afternoon and the balmy weather was perfect to be near the Alabama beach!

2. They don’t run out of food at this oyster festival.

If you are a seasoned food festival attendee, you know the best policy is to get there when they open the doors…er…gates because they are bound to run out of food at some point, right? This has happened at so many food festivals in Atlanta I don’t even bother going to them anymore. But at the Hangout Oyster Festival in Gulf Shores, AL, they seemed to have a never-ending supply of delicious oysters! 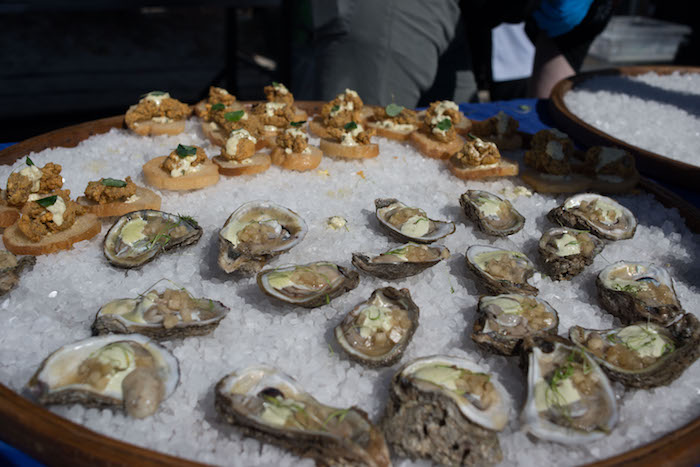 3. You won’t get bored because of the outstanding variety of oysters.

So, you may be thinking, just how many oysters can one person eat within the course of an afternoon. A lot! At this oyster festival in Gulf Shores, Alabama, there are no shortage of varieties. Upon entering, the first booth we stopped at had one with roasted shiitake mushrooms. There was another that had roe on top, and yet another that had the oyster covered in blueberry sauce (it was tasty!). 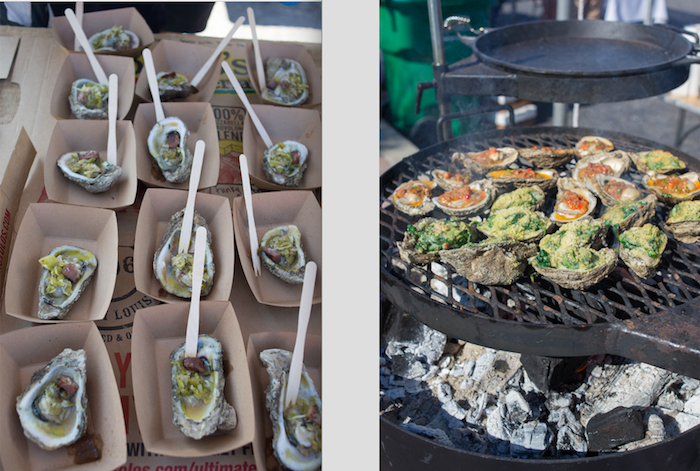 But even if you are an oyster traditionalist – meaning you go for raw, Rockefeller, grilled, barbecue and the more perennial favorites, you’ll find those at the oyster festival in Gulf Shores too. 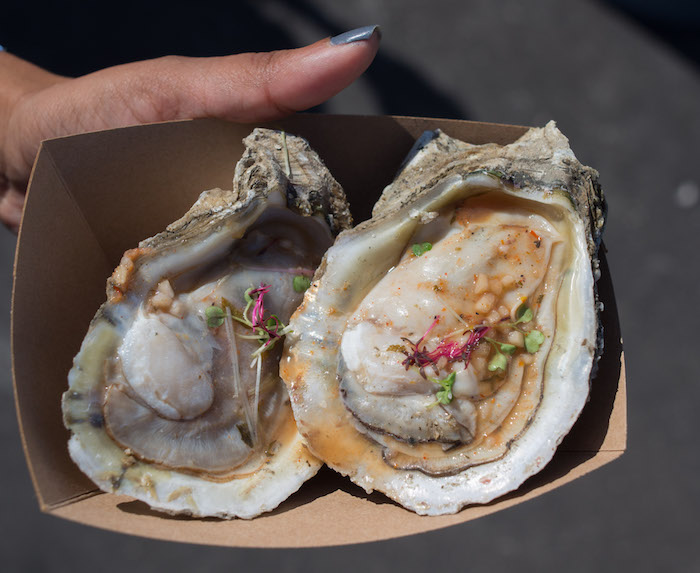 So many creative kinds of oysters at the Hangout Oyster Festival in Gulf Shores, AL

4. The people that work the oyster festival are happy to be there.

Oh my god! I’ve been to so many food festivals where the workers seem so miserable, like they’d rather be anywhere than working there. I mean, I wouldn’t want to do it either, but if you signed up for it, you should show up with a smile. But at this Hangout Oyster Festival, everyone seemed genuinely happy to be there working their craft and handing out oysters.

5. There’s a beer fest the night before the oyster festival that is killer!

So, I heard about the beer fest on the eve of the Hangout Oyster Festival. But I truly wasn’t prepared for how fun this was going to be! Upon entering we had plenty of tasting tickets for our fill of beers. Plus there’s live music and it was just such a relaxing atmosphere. And there were truly breweries from all over represented and all different kinds of craft beer. If you like IPAs you’ll find them, stouts, ale…whichever kind of beer you fancy, you’ll find one to love at this oyster eve party. 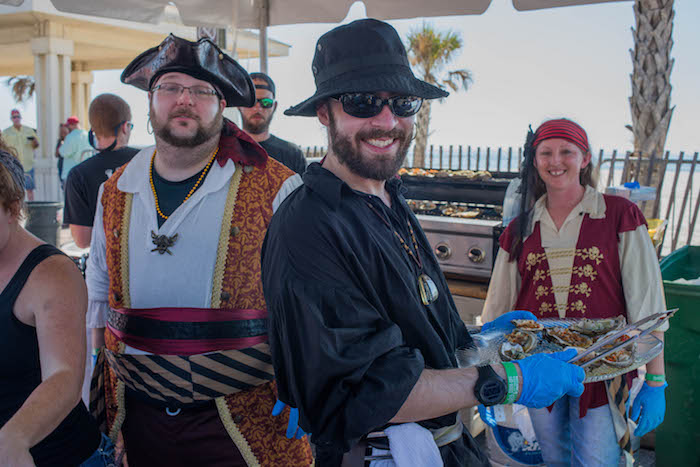 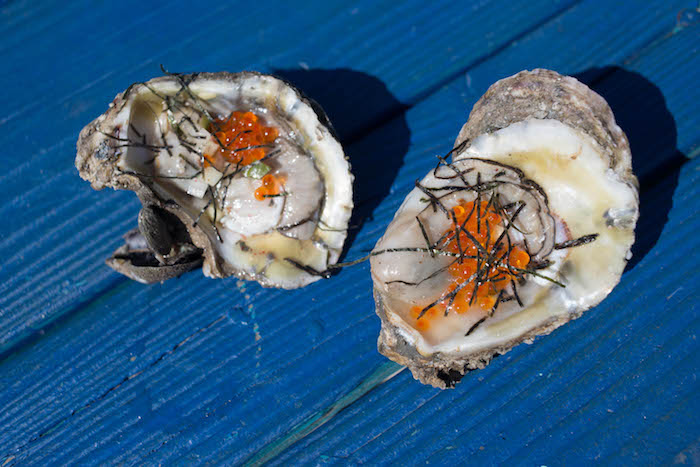 These were some of the best oysters at the Hangout Oyster festival in Gulf Shores, AL

6. Bloody Mary Invitational at the best oyster festival in the south.

Some of the Southeast’s best mixologists will gather and compete for the title of best Bloody Mary. Enjoy the fruits of their labor by tasting many of the concoctions. I mean, I’m more of a champagne person with oysters, but I’d like to try a variety or two of these Bloody Mary’s. 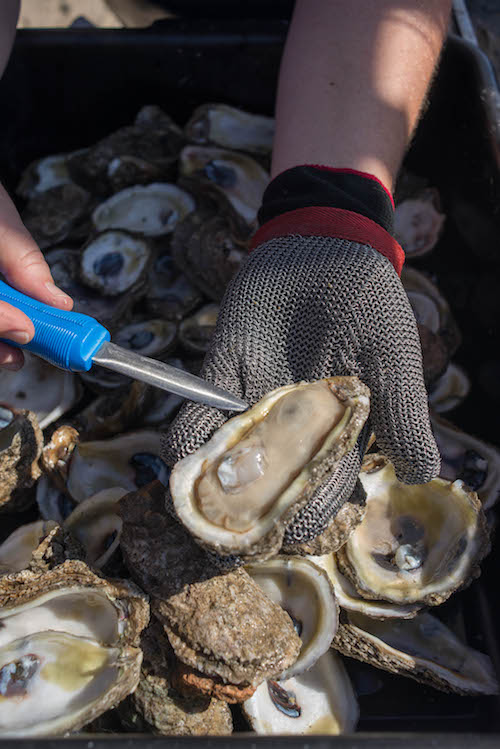 Shucking oysters is truly an art. Watch along as restaurants compete for the title of fastest oyster shucker on Saturday, November 3rd. Don’t worry, this won’t cut into your oyster festival enjoyment one bit. In fact, it will most likely add a greater appreciation for it.

The Hangout Oyster festival in Gulf Shores, AL is November 2 and 3rd. Tickets to this fabulous oyster festival are $10 for general and $150 for VIP which includes special tastings and a meet and greet with chefs.

You can find more about the hangout oyster festival in Alabama here.