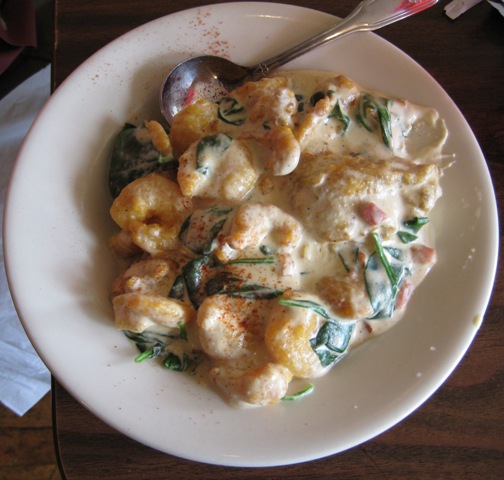 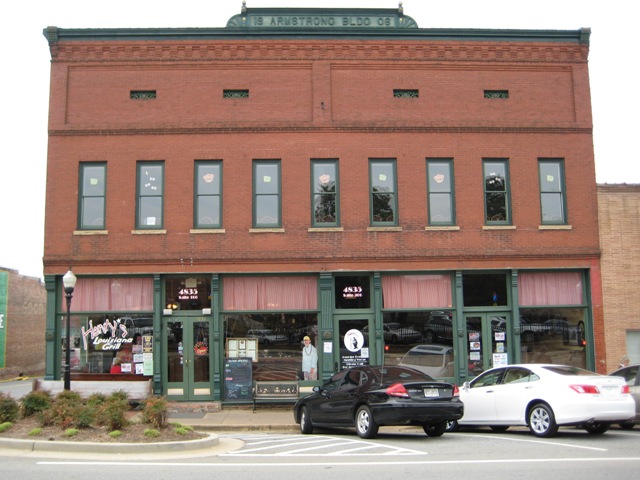 Ooh La La! That’s all you need to know about Henry’s Louisiana Grill. No, seriously that’s the name of the dish you need to order when you visit Henry’s Louisiana Grill. It’s been tempting me back there for years now. Think fried shrimp, oysters and crawfish, mixed together with tasso (ham) and spinach in spicy cream sauce all over angel hair pasta. It was even named one of the 50 dishes worth driving for by the AJC.

My friend Ted, who loves food as much as I do, called the other day to meet for lunch as we do every month or so. As my mind started racing to think of a place other than the chain restaurant hell that is Barrett Parkway, Ted said “I want to go to Henry’s, I haven’t had the Ooh La La in way too long!” 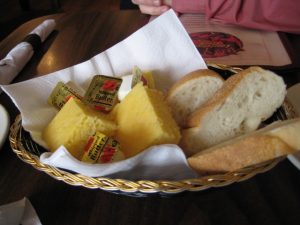 So, I made the drive to Main Street Acworth, parked near the railroad tracks and met up with Ted. Shortly after being seated, we were brought a plate of cornbread. This cornbread is not to be missed. It is moist, sweet cornbread which makes me feel as though I am having dessert at the start of the meal. So tasty I have to stop myself from filling up on it before the Ooh la la (referred to as OLL from this point on) makes its way to the table.

You also get a small house salad with your meal whether it is lunch or dinner. The salad is just lettuce with a few grape tomatoes – pretty forgettable and could almost be skipped. I say almost because I’ve had the Ginger Citrus dressing which really makes the salad worth it. Although on this last visit, it tasted too creamy and not how I remember it being in the past. I would opt to skip the salad and save room for the main dish.

I’m glad to say the OLL has always been done perfectly every time I’ve eaten at Henry’s and hasn’t let me down yet. As I said, you can get the OLL mixed with shrimp, crawfish and oysters. But there is also the option of choosing just one, and I opt for shrimp only. And they don’t skimp out on the seafood in these dishes, which I applaud them for as many pasta dishes are more pasta than anything else. Rest assured, every ingredient gets equal representation in this dish.

I’ve had other dishes there, which pale in comparison to the OLL. I first went to Henry’s Louisiana Grill for the Tuesday night Lobster special for $20 (only certain times of the year). This was a good deal as you get a salad, side, lobster and dessert. While this special and other dinner pricing is reasonable, I think the lunch (although a hefty portion) is too pricey at $12 for the entree. If I were Henry’s, I would 86 the salad, and make the lunch portion slightly smaller and price it at $8.95 or $9.95. 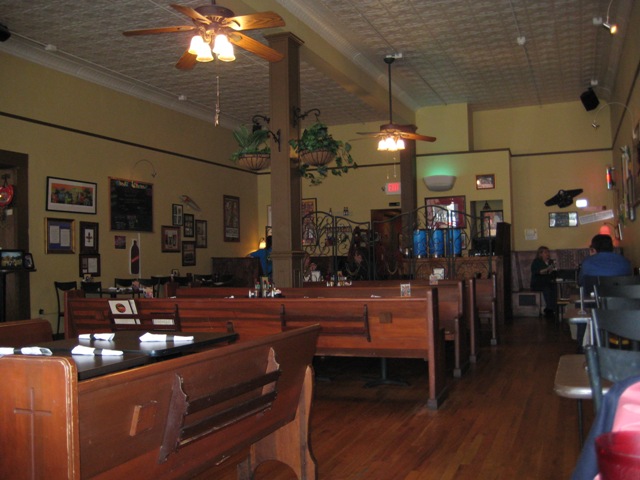 Service at Henry’s Louisiana Grill has always been great. On all my dinner visits Chef Henry has made his way round to every table to ask how the food and service was. If you plan on visiting on the weekends, make a reservation as Henry’s is crazy busy on weekends.

Not open on Sundays 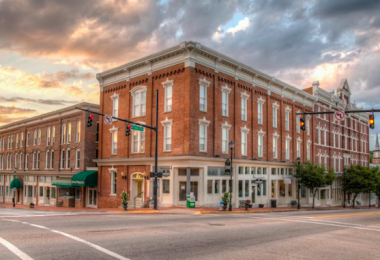 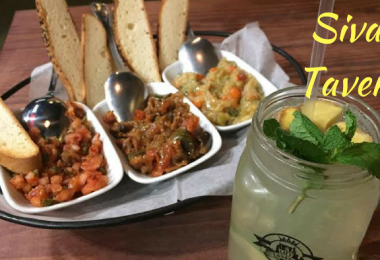 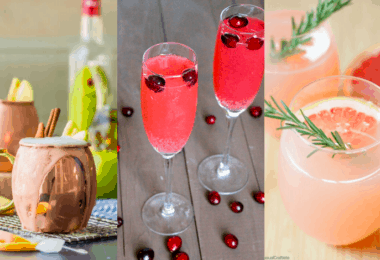 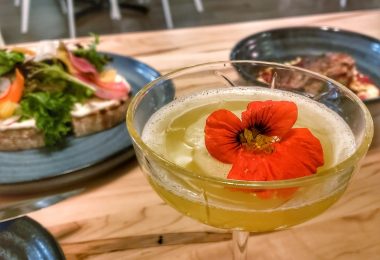 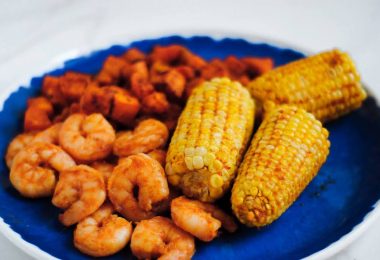