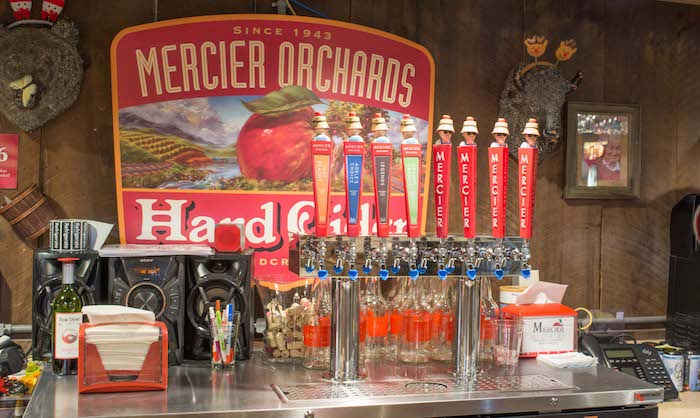 Don’t you just love some warm apple cider on a cold day? I do, but limit my intake of sugary drinks. I’d rather eat my calories than drink them, ya know? But there’s no harm in a small sample of Apple Cider, especially when it is from Mercier Orchards, as they are known for their tasty apples. And it was delicious. What was so great about this apple cider is that it is naturally sweet. No sugar is added to it. So, we of course brought back a gallon to share with family.

2. Stock up on Frog Jam at Mercier Orchards in Blue Ridge

I feel like I’ve become a collector of jams. Every time I’m at a food festival, I always pick up one or two jars of jam. The flavors sound so interesting I just can’t resist. Plus, they don’t have those bad-for-you ingredients like store bought jam. Like when I was in Helen, I bought a Peach jam infused with whiskey. It’s one of just a few items that you may be surprised to find at Mercier Orchard in Blue Ridge. This is made with ginger and figs and is a whole lotta tasty. I’ve never seen frog jam anywhere else but had to get some to bring home with me. 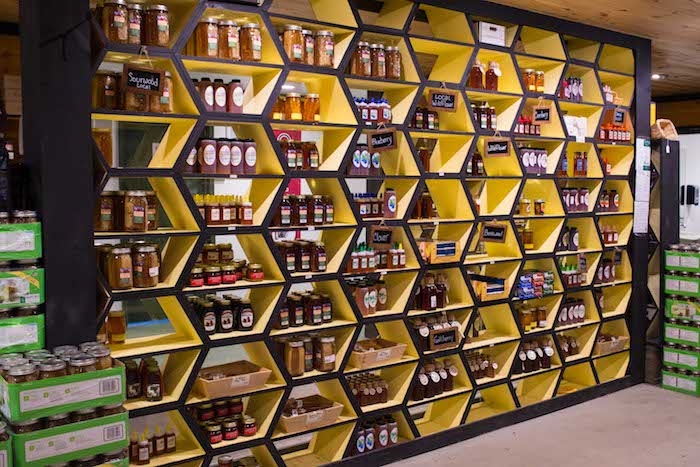 Don’t forget to stock up on local honey at Mercier Orchards in Blue Ridge, GA

3. Indulge in Cherry Pie at Mercier Orchards in Blue Ridge

So, I was at Mercier in mid-December, right before the holidays. While I can certainly cook some decent meals, I’m not a baker. At all. It’s just a skill I could NEVER develop. So, I spied a freezer with frozen pies. I was inclined to just go for the apple, but several of the staff told me how delicious the cherry pie was so I bought that. It was only $11, which was a bargain for a made from scratch pie. Even if I had bought the ingredients myself to make it, I’d have spend more than that. And it was a hit at Christmas dinner in my house!

4. Buy a bag of apples at Mercier Orchards in Blue Ridge – Duh!

I had no idea just how many varieties of apples they have at Mercier Orchards. Again, it’s not just fall that you can find delicious apples here. But you don’t have to guess which ones you’ll like just by looking at them. Nope. Head on back to the tasting counter in the back of the store, and they’ll be someone that is more than happy to give you a sample of any apple you would like to try. We left Mercier with two bags of apples – Crimson Crips and Gold Rush. They keep their website updated with the latest apples that are available. 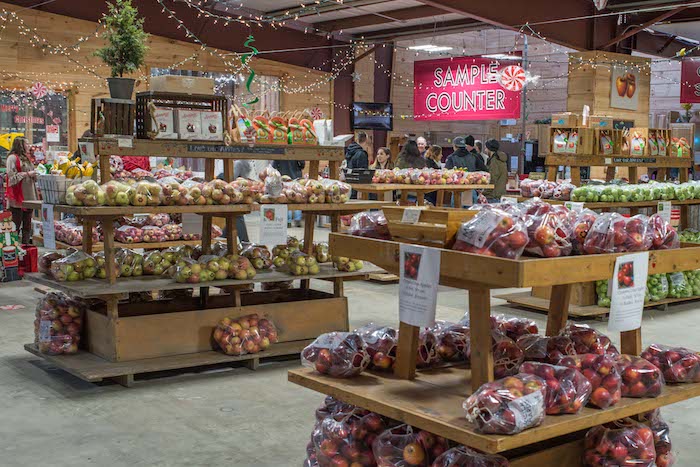 Sample all kinds of apples at Mercier Orchards in Blue Ridge, GA

5. Pick up some Peach biscuit mix at Mercier Orchards in Blue Ridge

How I wish that there was scratch and sniff technology over the internet, don’t you? I wish I could tell you how good the biscuit mixes at Mercier in Blue Ridge smelled. Specifically, the peach biscuit mix. And if it smelled that good sealed in a bag, I can only imagine how good my house will smell when I am baking them in my oven.

Fudge at a apple farm? Why not? You’ll be dizzy from the sheer variety of fudge they have at Mercier. I lost track after I counted a dozen different varieties but I’m told the most popular is the creme brulee. 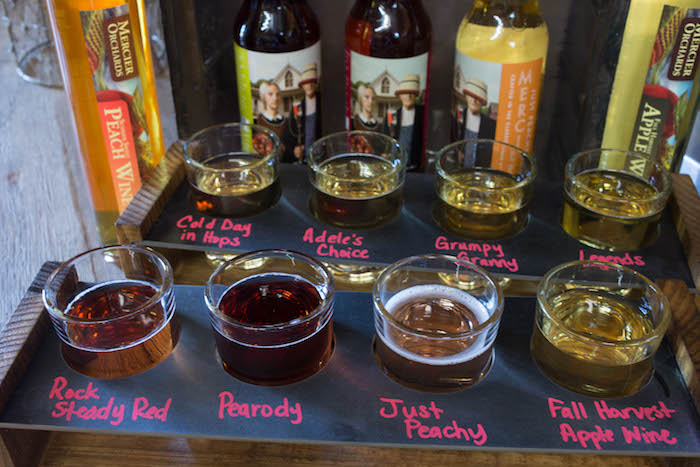 What do they do with all the apples that they can’t sell for regular consumption at Mercier Orchards? Put them into cider. They have several varieties of ciders at Mercier. From the Adele’s Choice to the Peach to Apple wine, you are bound to find something you love. It’s a fun way to spend an afternoon and even more fun if you can catch master cider maker, Eric, walking around who is very knowledgeable on the process of making the cider and how they choose what varieties of cider to make.

8. Try the Sparkling Cider at Mercier Orchards in Blue Ridge

– Don’t do alcohol? That doesn’t mean you can’t enjoy a tasting at Mercier Orchard in Blue Ridge with friends or family. They serve sparkling cider alongside the hard stuff so it’s all good. Plus, if families with little one are there, the kiddos can have the non-alcoholic version. 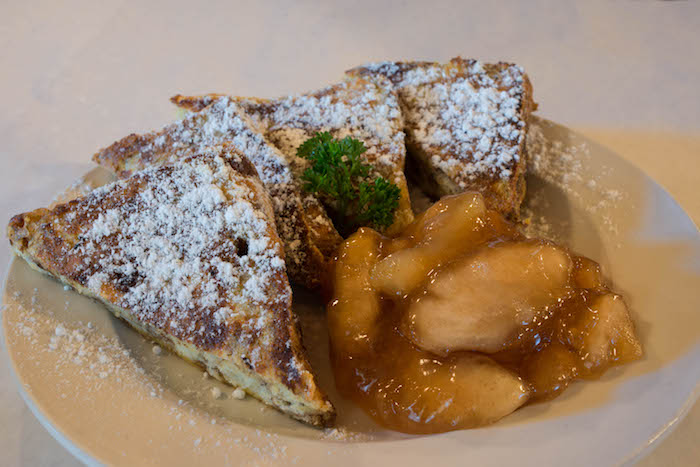 9. Have breakfast at Mercier Orchards in Blue Ridge

They do a fantastic breakfast / brunch buffet at Mercier. It’s only available on the weekend. The usual suspects like bacon, eggs, and hash browns are available. But someone in your party should order the Apple Orchard Delight (pictured above) – French Toast made with apple cinnamon bread that is baked on site.

Living in Atlanta, I don’t often realize how unfriendly and how isolated from one another we’ve become until I visit a small town like Blue Ridge. Especially at Mercier, everyone was happy and smiling. Employees are so friendly, you can’t help but leave with a cheery disposition yourself. 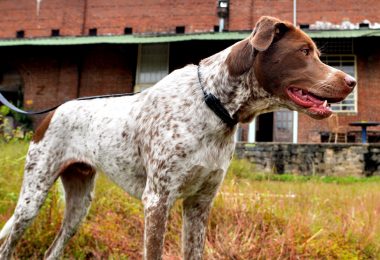