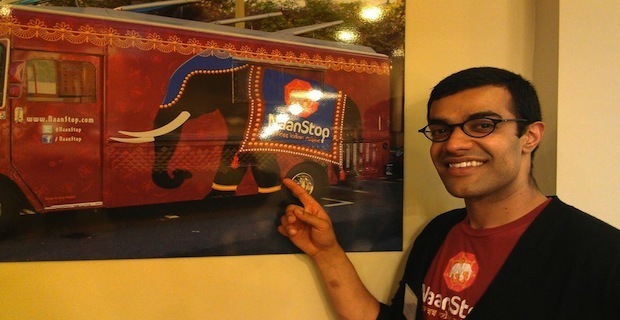 Are you a Naan believer? You’ll see this question printed on staff T-shirts at this Indian fast casual restaurant in Downtown Atlanta. Naan Stop opened about 7 months ago by brothers Neal and Samir. They believe that their mother makes the best food and wanted to share it with others, believing Indian food could be made much more casual. The brothers started a food truck in LA and after seeing how successful it was, decided to open a restaurant.

Why Atlanta? They are from Nashville and their parents live in Savannah, so it made sense to be in Atlanta to be close to their family. The lunch only restaurant features wraps, called Naanwiches, of items like Chicken Tikka Masala, Paneer and Lamb Curry. 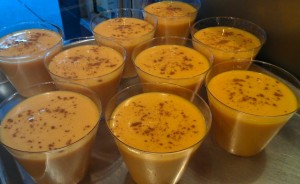 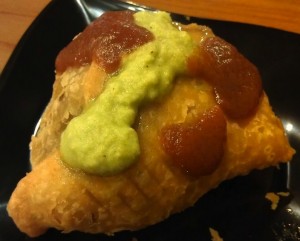 We were invited to sample the many items available at Naan Stop. Upon entering, we were treated to deliciously yummy Mango Lassis and Samosas. A mango lassi is like a yogurt smoothie. They top these creamy treats with cinnamon. Their samosas, pastries filled with potatoes, peas, onions and a secret spice blend are perfect with the sweet apple tamarind sauce.

We got to sample many of the menu items, my favorite being the lamb curry. It was extremely juicy and tender. The order process is easy: Choose your base (naan, rice or salad), choose your protein, then choose a sauce. Unless you are familiar with the sauces, I’d recommend against picking one for your dish. Rather, get samplings of all and decide which you like best. You may love the chili cilantro or the cocounut mint cilantro, while I’m a huge fan of the apple tamarind. 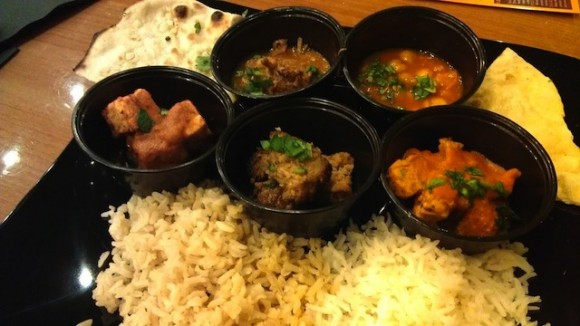 We even got to tour the kitchen and see the tandoor oven. Chief Naan maker, Sammy, demonstrated how he makes Naan, joking that he refers to any arm burns resulting from the 600 degree oven as “Naan tats.”

Prices for wraps range from $5.99 to $7.99. The wraps by themselves are rather filling, and are even better when you upgrade from plain naan to garlic naan. They are currently scoping out locations for a second restaurant and perhaps maybe opening for dinner. Like them on Facebook to find out what some of the daily specials are. You may even be privy to some off menu specials like the Naanchos.

Am I a Naan believer? You bet! 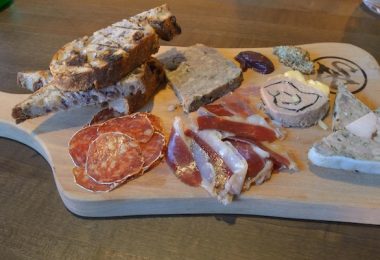 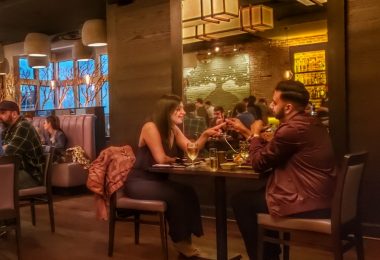