Set in a nondescript old home in downtown Atlanta, if you blink, you might miss Poor Calvin’s.  But it would truly be a shame if you did. Stepping inside the restaurant, we were immediately greeted by the bartender, hostess and manager. How’s that for being welcomed?

The name struck me as odd and was one of the first things I asked Chef Calvin about when I saw him. He said it is loosely based on a restaurant in Florida called Poor Richard’s, but it also a name that has stuck from Calvin’s friends. He said when he finds a restaurant space like his present space, he puts a lot into renovations and such building it up and as a result is “poor” when first opening. Incidentally, he opened a restaurant several years ago in Statesboro, to bring a touch of Asian food to South Georgia. Lucky for us, it didn’t resonate well with those folks and Calvin moved north. 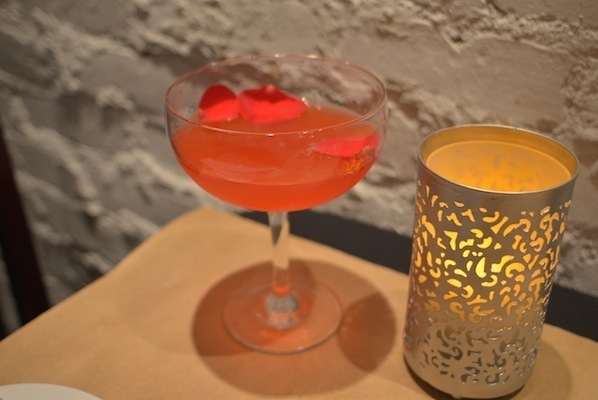 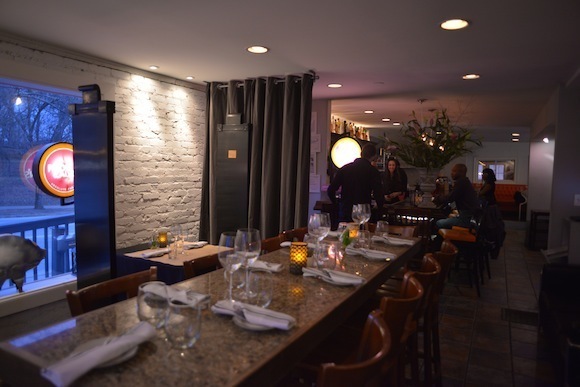 Before diving right into food, I’d be remiss if I didn’t mention the superb cocktail menu. There’s a terrific mix of classic cocktails like the Dark and Stormy, Sazerac and Aviation, fruity cocktails like the Fuji Apple. But it was none of those that caught my eye. Instead, I went for the Frankly, My Dear with Gin / St. Germain and house made rosewater. I followed that up with what is the best Pisco Sour I’ve had outside of Peru.

We ordered the crab cake (if you read this blog regularly, you know I’m a slut for a good crab cake!) and the Pop Rocks Duck Pate (pictured at the top of this page). I mean, c’mon, with a name like that how could we not order it. And yes, it does come crackling to your table. 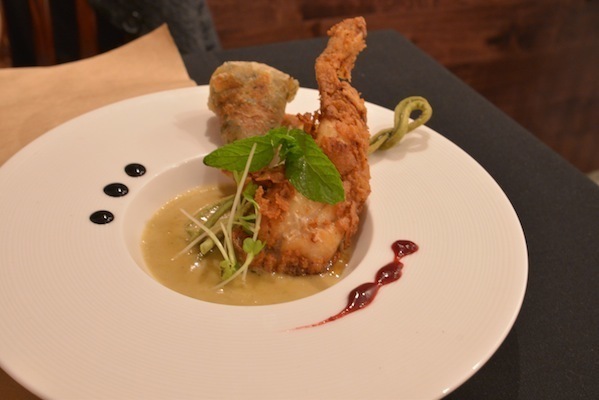 Chef Calvin sent over the Frog Legs too. I’d never had them before. These were served with Roti (Indian bread) and a Thai curry sauce.

I wish more servers in Atlanta were like ours that evening. Besides being there when we needed him without being intrusive, it was more than that. Blaine was able to steer us in the direction of things that were standouts on the menu and describe things without being pretentious or talking down to us. 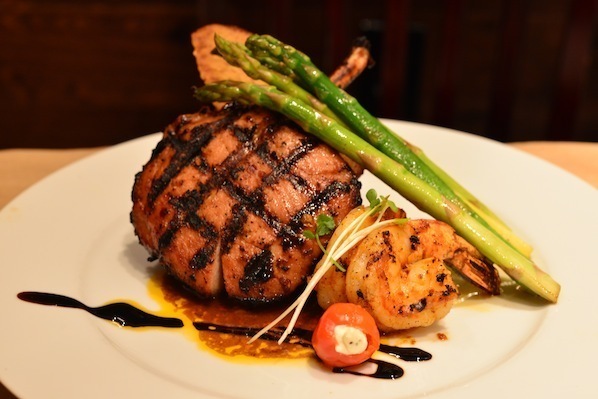 During our dinner Chef Calvin took time away from the kitchen to sit down and chat with me for a while. We discussed his life abroad, mostly Europe, where his family is to this day. When I asked him why he chose to move here (the US) he said that he likes the creativity he has here. Not so in Europe, I inquired? Nope, he says. They are much more traditional there and customers don’t seem to like deviations from the norm. “Americans are much more adventurous eaters,” says Calvin.

Sneaking a peek at the menu, days before we headed to Poor Calvin’s I sort of had made my mind up on my entree – Chilean Sea Bass, but after hearing the description of the Unicorn fish and the fact that I’d never had it before, I changed my mind. And I’m thrilled I did. Hat tip to Blaine and Chef Calvin for encouraging me to try this dish. 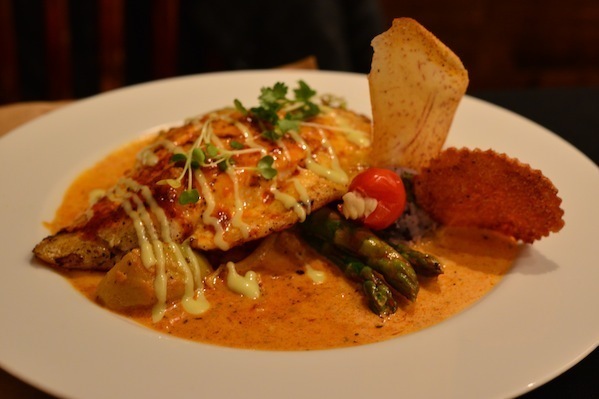 The Unicorn is so named for the horn that sticks out on top of its head This meaty fish (I needed a knife to cut it) didn’t disappoint. It is definitely a stronger tasting fish. The creamy artichoke-sun-dried tomato sauce would have outmatched a lighter fish. 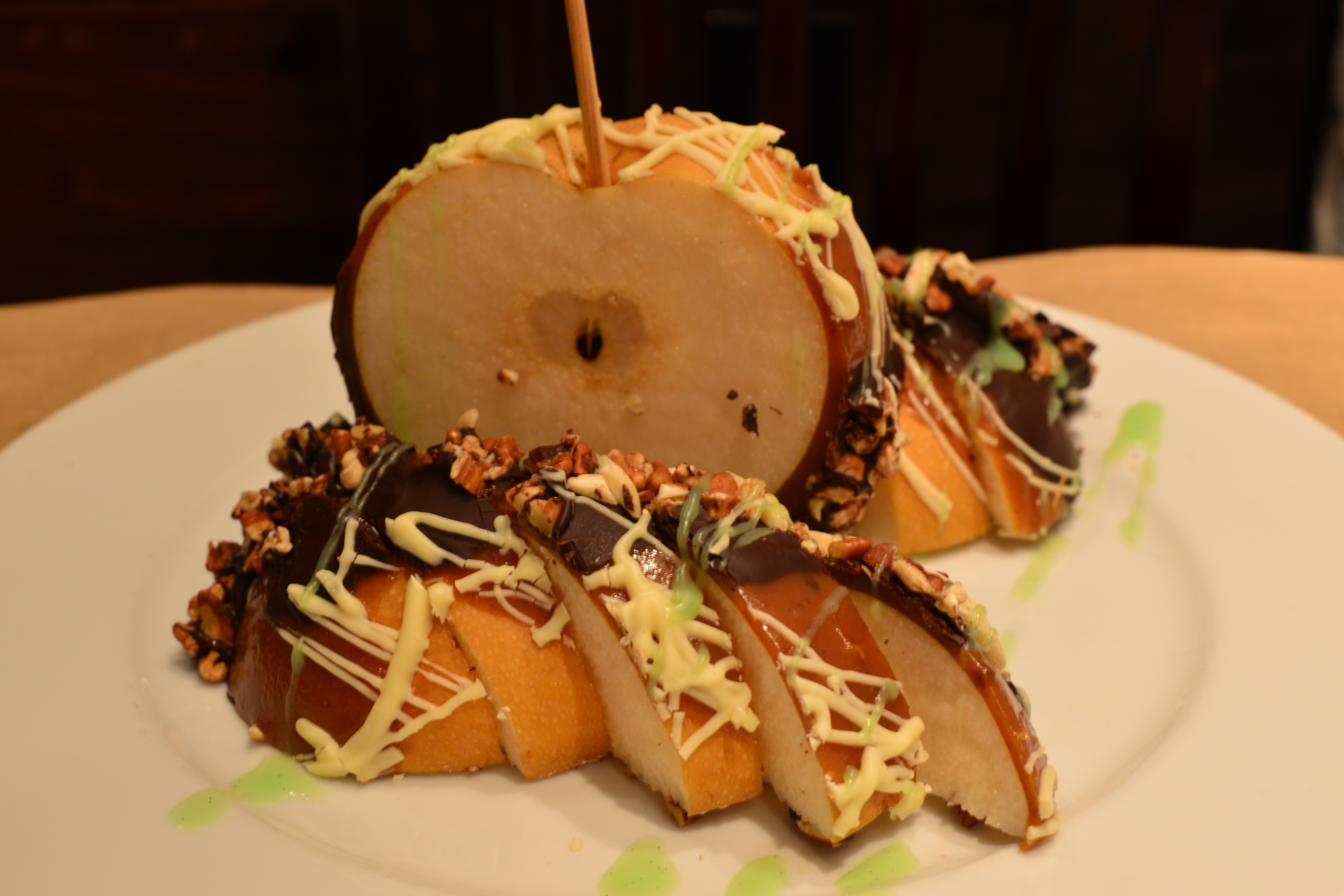 The pictures speak for themselves as to the care and thought put into the plating of every single dish. I really hope you’ll go support this downtown gem. Disclosure: I was hosted by Poor Calvin’s for this dinner but the opinions expressed are my own. 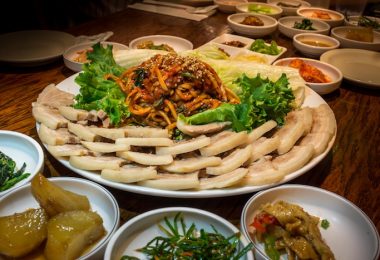 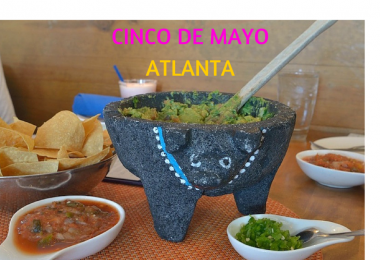 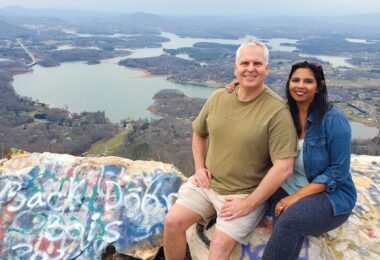 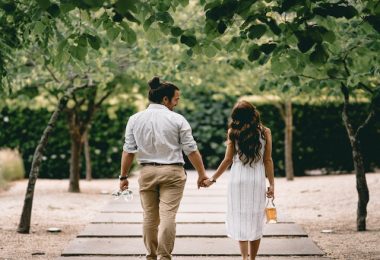