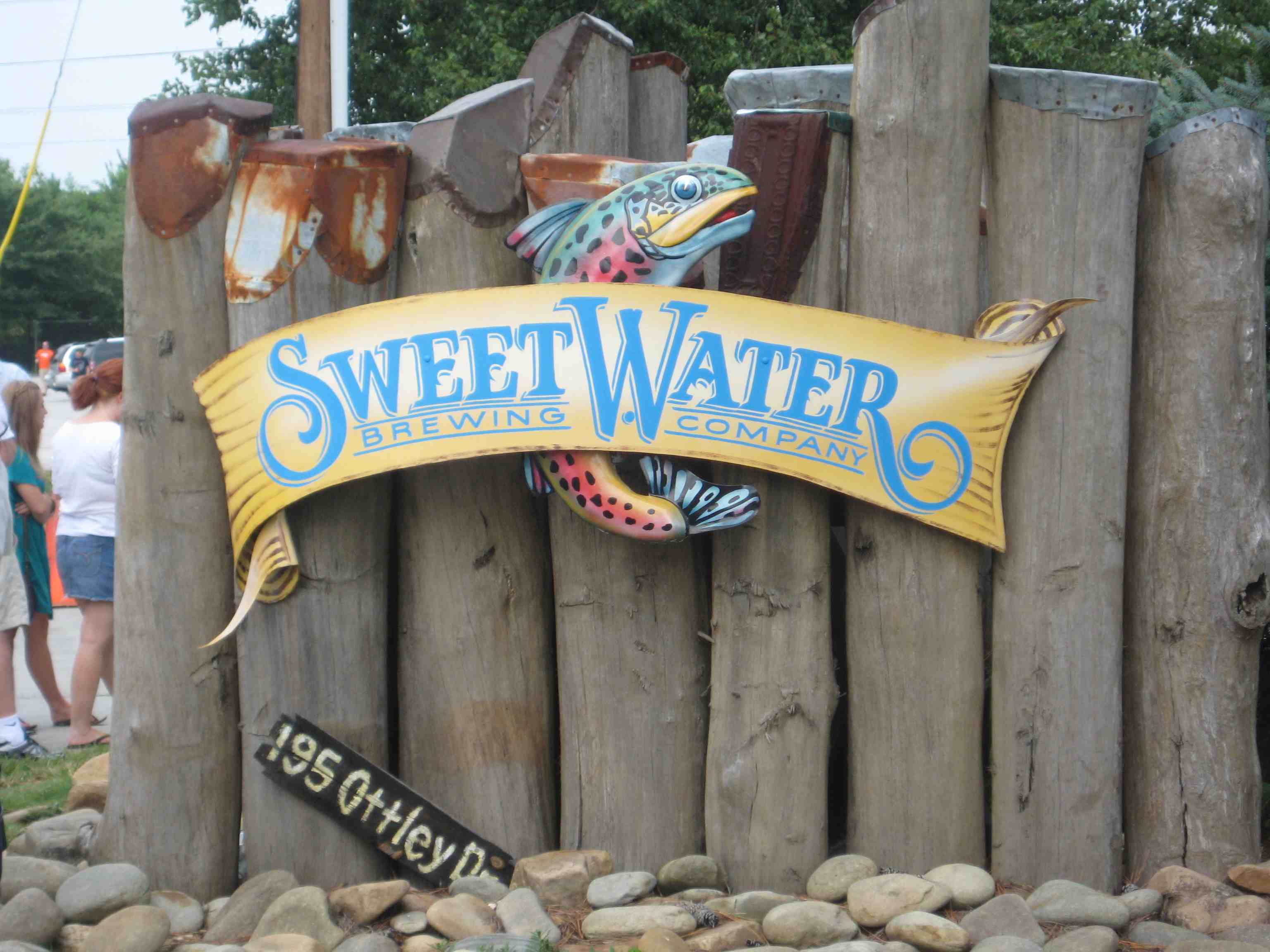 Sweetwater Brewery tour was always one of those things I was meaning to do but never quite got around to doing. But wanting a change from the usual restaurant reviews, I got a group together to check out Sweetwater Brewery. With 3 rain showers by 3 pm, I was pretty worried that we’d get stuck in the rain, but decided to take my chances anyway.

Besides, a friend of mine from High School (Go Greyhounds!) was playing at Sweetwater so I wanted to support him. Acorn Ridge performed very well on this hot, sticky late July evening.

Here’s the deal: Sweetwater Brewery tours are every Wednesday, Thursday, and Friday evenings and Saturdays from 2:30 to 4:30. During weekdays, the doors to Sweetwater Brewery open at 5:30 and they have about 3 tours per evening every half an hour beginning at 6. They pretty much want everyone out by 8 at the latest, so keep in mind it isn’t a whole evening event. And plan on eating before or after as there are no munchies offered.

Hearing that parking fills up quickly, we arrived shortly after that and found plenty of parking in the lot next door to Sweetwater Brewery. The neighboring businesses are closed by then and allow patrons to park in the lots for free. But by about 6:30 almost all parking is full, so if you don’t want to be walking too far, arrive early. 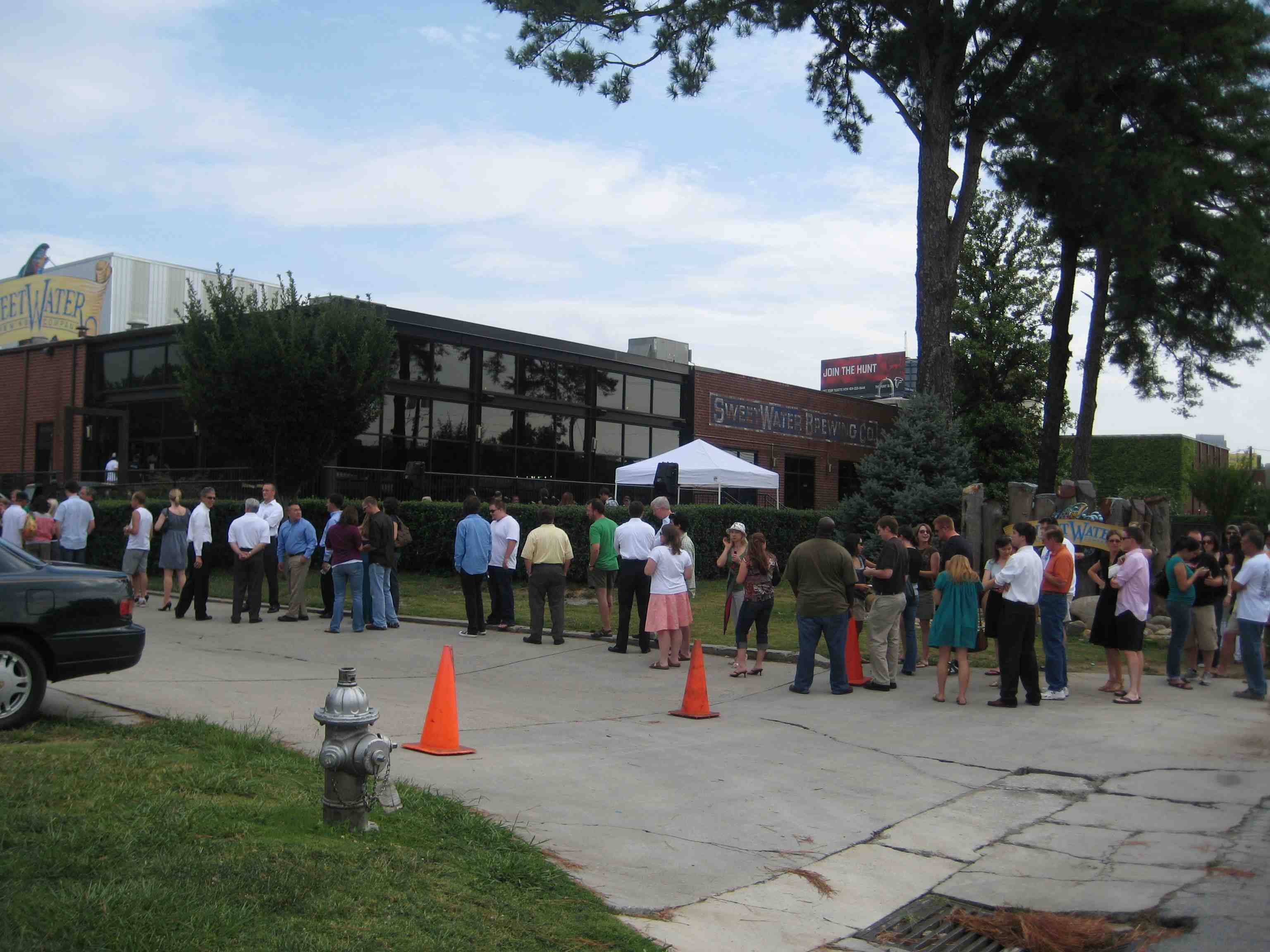 Even arriving early, there was still a line of about 30 people ahead of us, but no worries as the line moves quickly. While it is free to tour Sweetwater Brewery, if you’d like to sample some beer (and who doesn’t?), you’ll need to buy drink tickets. Eight bucks gets you a souvenir glass with 6 drink tickets.

Now I did see some people with little plastic cups for beer samples, but the staff doesn’t go out of their way to tell you about that. I guess if you ask, they’ll provide sample cups free of charge. But I really don’t know how many tastes you get.

Here’s what I recommend: if there are two of your and you don’t mind swapping a little spit, I’d just pay for the one entrance and share the tickets. Pours are half a glass, three quarters of a glass from the more generous employees. If they give you a good pour, tip em well.

I’m not sure if the tour is always that boring, or if it was just because our tour guide was hungover. That’s not a guess, she told us that right off the bat and said her usual cure of blueberry pancakes (plain pancakes + Sweetwater Blue) didn’t do the trick. 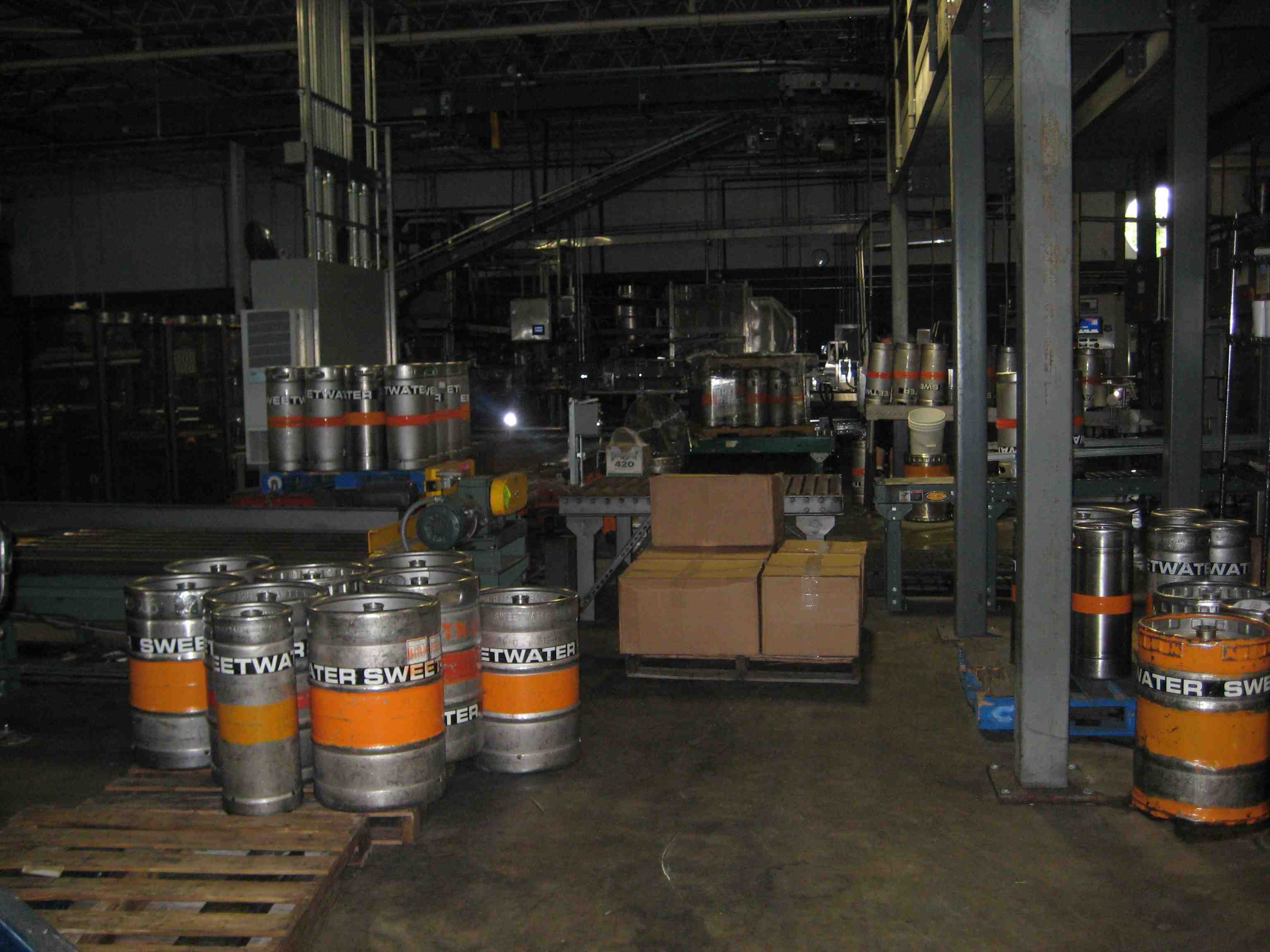 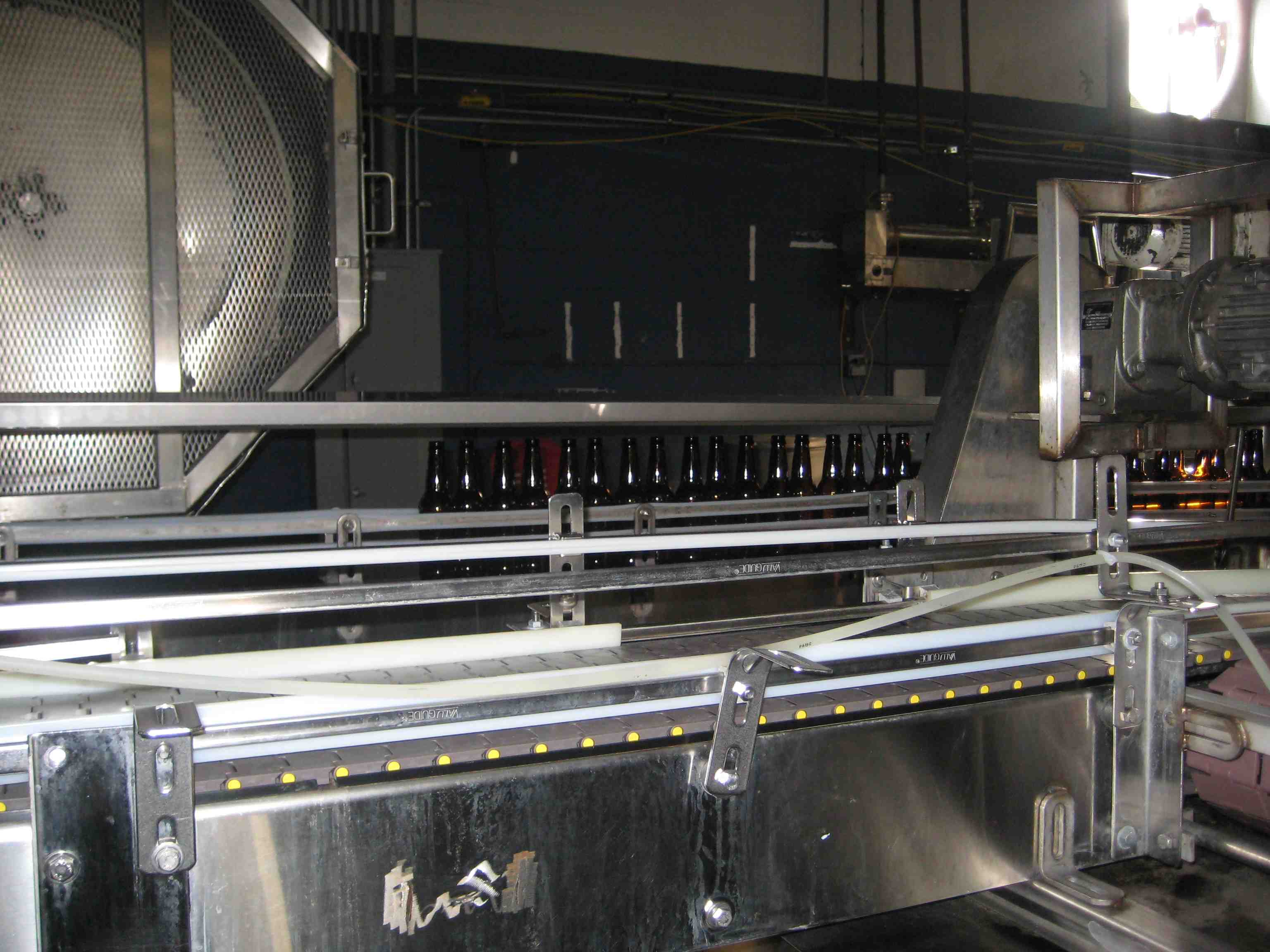 We were escorted around the Brewery and educated on the different types of beer they have, how Sweetwater got started, past locations, plans for future growth, blah, blah, blah….boring. I did learn one interesting fact: Where did they get the name 420 from? And no, it isn’t when they started brewing the beer. The tour lasts about 20 minutes. If you take the time to go down to the brewery you might as well do the tour.

Then afterwards, drink the rest of your beer. Personally I find that 420 is a little to bitter for me, blueberry just doesn’t sound appealing at all, and the sweetwater brown was kind of bland. My favorite is the IPA. It has kind of sweet taste without it being to girly. It also has the highest alcohol content of all the Sweetwater family of beers. Last but not least, Sweetwater just introduced a new beer called Motorboat. Introduced last fall, the amber ale was a big hit, selling out in about 6 weeks. Hopefully, there will be more to go around this time.

It is definitely worth it to try some fresh beer at the Sweetwater Brewery and then go buy some at the store and compare. Didn’t realize what a difference that could make. Oh by the way, there was another rain storm while we were there, but we were inside and able to wait it out and even were entertained by some other guests enjoying the storm outside.