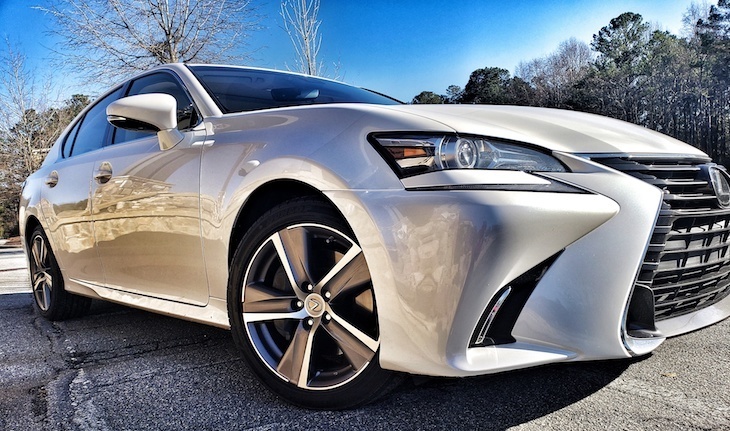 Have you heard that many car manufacturer’s are now scrapping sedans altogether and exclusively making SUVs? I guess it makes sense. When I look around on the roads all I see are SUVs. As a petite woman to start it is hard to see around me, especially in my sedan. I sort of made up my mind my next car will be an SUV. But after a week driving the Lexus GS 300 sedan I think I could be persuaded to stick with sedans. This Lexus is one hell of a sexy sedan!

2. Think it is only SUVs that have the button for easy closure? Nope, the Lexus GS 300 comes with a button too. It was fantastic the couple times I had my hands full of groceries to just punch the button on the top with my finger and have the trunk close. 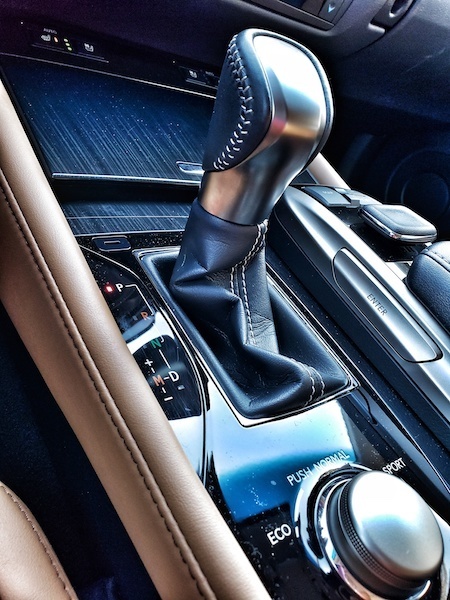 Lots of luxurious features and touches on the Lexus GS 300

3. Roomy trunk – Upon opening the trunk of the Lexus GS 300 I was surprised by how roomy it was. It has more storage space than my Optima but doesn’t sacrifice space for rear passages. My brother who is 6’2″ was able to fit in the back seat just fine. Of course I was in the passenger seat in the front and don’t need a ton of room, but still, he didn’t feel squished on the 45 minute ride to and from the play we saw in town.

4. Real leather trim. Take a look at that gear shift on theLexus GS 300. See the trim around it? It is all leather. I love the luxurious touches like that you just don’t get with a regular run of the mill sedan.

5. Good gas mileage. Let’s be honest, you don’t buy a Lexus or any luxury model car for the gas mileage, do you? But it is a nice bonus when you find out it does get excellent fuel efficiency. I mean it isn’t like what I got when driving the Toyota Prius, but I wouldn’t expect it to. However, with an airport run, my 84 mile day trip for a photo shoot (me not the car), and several in town jaunts, we still only had to fill up the car once.

6. I felt safe and comfortable zipping all around on Atlanta interstates in the Lexus GS 300. Even though I wasn’t sitting up high the indicators in the side mirrors made it a breeze to switch lanes and even while driving on the many rainy days we had during the week with the Lexus, I felt so safe with its easy breaking features. In fact twice the brakes came on themselves when they thought I was a wee bit too close to a car.

Would you consider getting a Lexus sedan instead of an SUV for your next car? After a week with the Lexus GS 300, I would. 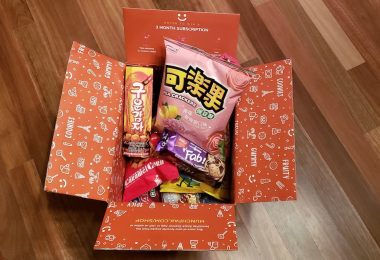 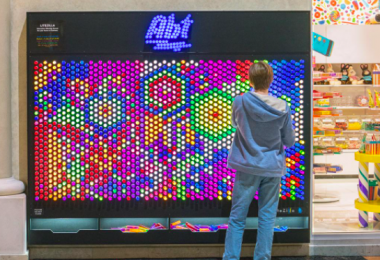 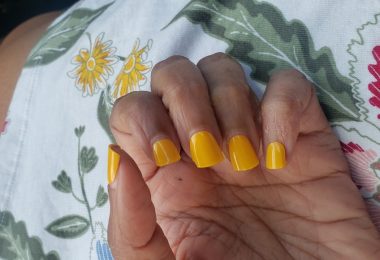 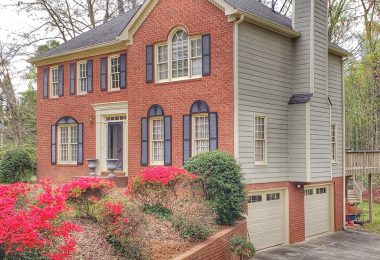 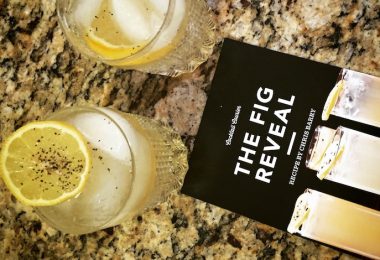 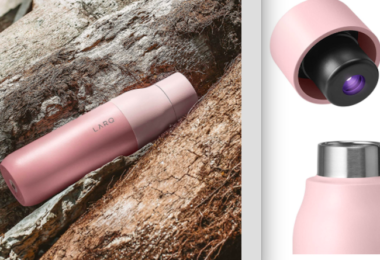